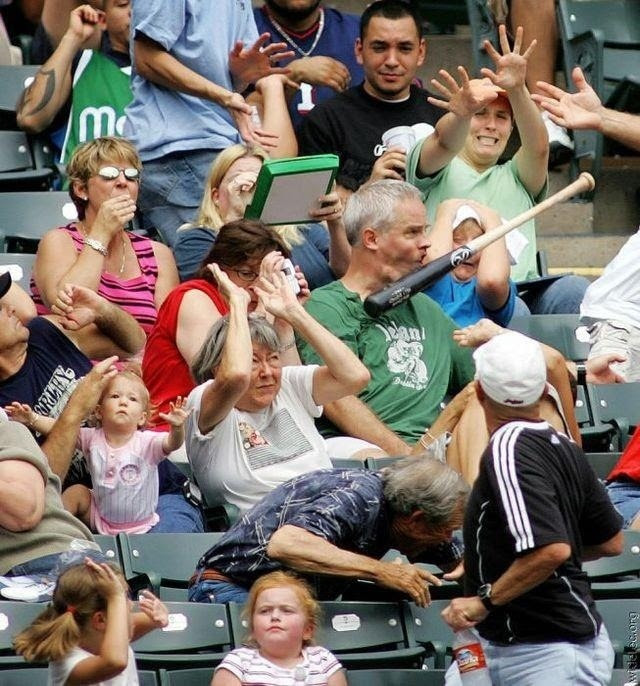 Most people’s flinch response is completely useless in a violent encounter.

It might be screaming, tucking your chin and covering your face, or any of the (ineffective) examples to the right.

Most people’s flinch response is meant to deal with the immediate threat without dealing with the underlying source of the threat.

It MAY work if the threat is a flying bat, but if the bat has a determined attacker attached to the other end who can attack your body if you cover your head, it’s completely ineffective.

But, what if I told you that there was a simple, easy way to “reprogram” your flinch response so that it would automatically help you protect yourself, stop threats to your safety, AND help you get your gun into the fight faster in a life or death situation?

Of course you would.

Especially if I told you that it would help you respond to ALL immediate threats more effectively…regardless of whether it’s a flying bat at a baseball game or a violent attack on the street or in your home.

If you ever find yourself the target of a violent attack, the faster, and more automatically you can go from identifying the threat, to protecting yourself against the threat, and STOPPING the source of the threat (the person using the weapon), the more likely that you’ll sleep in your own bed that night, rather than the hospital or the morgue.

As you can see by the picture, most of these flinch responses are completely ineffective…and there’s a good chance that yours is too.

Unless you’ve deliberately gone through the process of “reprogramming” it so that your automatic response will not only stop the immediate attack, but put you in a position to stop the person who’s responsible for the attack.

Here’s where this fits into firearms training…

If you’re ever surprised by a violent attack, you’ll react like the people in the picture above and won’t be in a position to create the time and distance necessary to put your gun into play UNLESS you reprogram your flinch response. 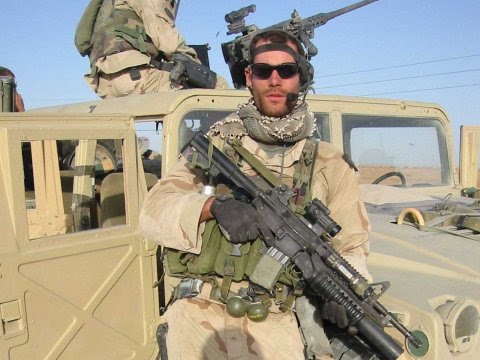 After 10 years on the teams, retired Navy SEAL, Larry Yatch, created “Concealed Carry Masters Course” to use your brain’s simplest and most powerful learning systems to shortcut the process of learning firearms skills that will work under extreme stress.

In the Concealed Carry Masters Course, you’ll not only learn solid self-defense fundamentals with a firearm, but also how to AUTOMATICALLY go from being attacked to responding to that attack with appropriate force at a subconscious level.

This is cutting edge training from multiple retired US Navy SEALs, a Force Recon Marine, and a teaching cadre with over 100 combined years of military and law enforcement experience.

Think that’s cool?  It’s just the tip of the iceberg.  Learn more about Concealed Carry Masters Course and the bonuses that we’ve arranged for you now by going here:  ConcealedCarryMastersCourse.com

P.S.  Here’s what Michael Martin, Chief Instructor for USCCA had to say about Larry and the Concealed Carry Masters Course, “I’ve had the pleasure of training with Larry Yatch for years, and I’ve always been continually impressed with not only his amazing experience as a Navy SEAL, but also with his ability to take topics that were previously reserved for elite tactical teams, and bring them to the civilian market in a way that we can understand.

The shooting techniques, the accelerated teaching/learning systems, and the integrated methods that he’s created are among the best that I’ve seen, and I’ve seen a lot.

While I’m lucky enough to live near Larry’s training headquarters, the Concealed Carry Masters Course takes the same knowledge that Larry has shared in the classroom and on the range with thousands of students, and packages it up into a DVD set that brings that same training into the comfort of your own home.

The Concealed Carry Masters Course is really groundbreaking in its ability to take the theory behind proper shooting techniques, and hardwire those techniques at on unconscious level.  If you’re serious about using a pistol for self-defense, you should seriously consider this course.”

Click >HERE< to see the special discount and bonuses that we’ve arranged for you.